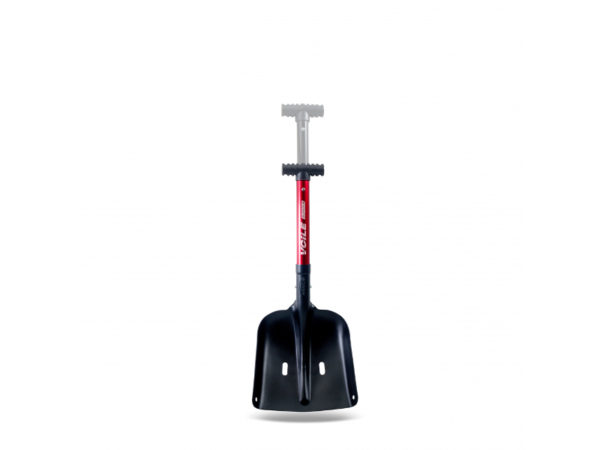 For times when a snow professional is less concerned with moving snow for routine chores or not specifically recruited for a rescue operation, the Voilé Telepack M Avalanche Shovel is an even smaller alternative to our Telepro shovel.

Fitted with the same, bomber scoop as the Telepro, the Telepack M features a slightly-shorter, T-handle (rather than a D-grip) for compact stowage inside a pack. Otherwise, the shovel performs equally well as the Telepro, and also features the same pair of deadman holes for rigging an emergency sled or snow fluke.

Once again, the 6061-T6 aluminum used in the Telepack M scoop really shines in challenging snow and debris. T6 is the level of hardness reached in the aluminum heat-treating process, resulting in a metal that rivals steel for strength and rigidity, at a fraction of the weight.

The Voilé Telepack M Avalanch Shovel: A great choice for pros on the move or any backcountry enthusiast who wants peace of mind.